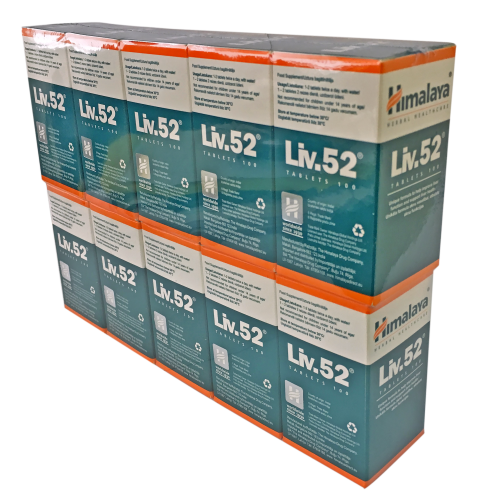 Ayurveda texts and modern research back the following facts:

The Caper Bush (Himsra) contains p-methoxy benzoic acid, which is a potent hepatoprotective. It prevents the elevation of malondialdehyde (biomarker for oxidative stress) levels in plasma and hepatic cells. Caper Bush also inhibits the ALT and AST enzyme levels and improves the functional efficiency of the liver and spleen. Flavonoids present in the Caper Bush exhibit significant antioxidant properties, as well.

Chicory (Kasani) protects the liver against alcohol toxicity. It is also a potent antioxidant, which can be seen by its free radical scavenging property. The hepatoprotective property of Chicory suppresses the oxidative degradation of DNA in tissue debris.

Liv.52 is not known to have any side effects if taken as per the prescribed dosage.