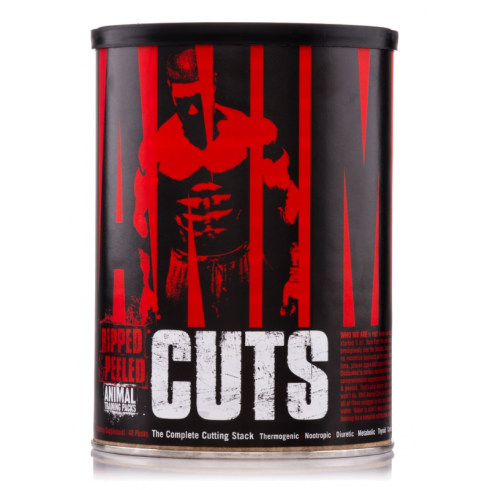 Animal Cuts. Since nearly a decade ago when Schak wiped his mighty brow in the iconic “Cardio Sucks” ad, the most hard of the hardcore have depended on Animal Cuts when being lean alone simply wouldn’t suffice. The earliest of editions to the Animal line, Cuts did for your typical fat burners what Pak once did for multivitamins—rendered all others obsolete.

Designed specifically with the needs of advanced bodybuilders in mind, Cuts was formulated to produce dramatic changes in an athlete’s physique in a brief period of time. To get ripped, shredded, peeled… That was what the Cuts user demanded and that is precisely what they got. That was then and this is now, and though so much has changed, some things always remain the same. Where the supplement advancements of 2009 meet the original Animal ethos, you’ll find the brand new formula of Animal Cuts.

We are working on uploading up to date product descriptions - please bare with us whilst we do this.